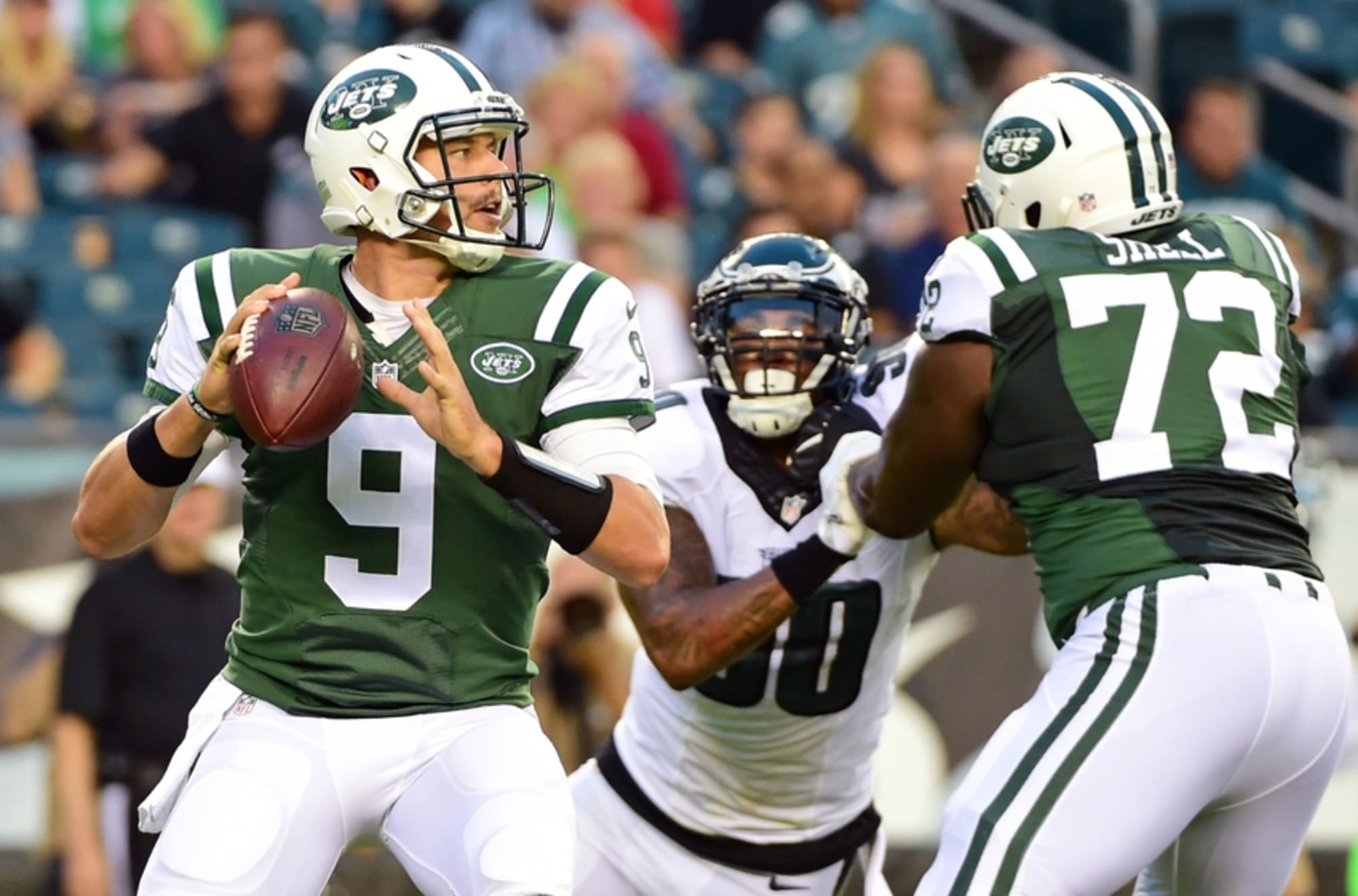 Former NY Jets quarterback Bryce Petty has a new home with division rivals Miami Dolphins. After failing to land a quarterback in the draft, Miami added a fourth quarterback to their roster via the waiver wire. The drafting of Sam Darnold made him surplus to requirements in Big Apple.

The former Baylor Bears two-year starter had seen limited action in his time in NY, throwing only 245 passes. However, Dolphins fans will likely recall Petty from his backfield meeting with Suh and Wake, dubbed the Petty Sandwich.

Likely just a camp arm, Petty does at least have a chance to prove himself in a quarterback room that features only Brock Osweiler as genuine competition for the backup spot. David Fales completes the Dolphins’ current quarterbacks.

Bryce Petty Has Some Potential Upside

The move came as somewhat of a surprise after reports after the draft that the Jets were receiving trade offers. For him to be cut seems odd, but he was clearly surplus to requirements in New York.

Originally drafted in the fourth round of the 2015 draft, Petty has seen very limited action. When he did see the field he struggled more often than he looked good. At Baylor however, he showed enough potential to be considered a development project.

He showed regression in his second season in the NFL. Some of that will be down to the poor Jets offense, ranking 24th on pass offense. However, his lack of pocket awareness and poor play recognition further increased his struggles.

Ryan Tannehill is still firmly ensconced as the Dolphins starter and things will have to go terribly wrong in camp for Bryce Petty to get any kind of look in for the 53-man roster. With Tannehill missing the entire 2017 season due to an ACL tear, Bryce Petty may feel his NFL experience will give him the edge over David Fales for the number 3 spot.