Buffalo Bills (A) – Our Predictions 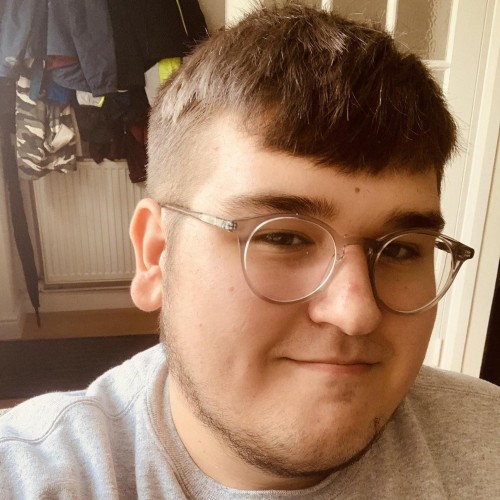 Here we are, we’ve finally made it to the end of the 2020 NFL regular season. It’s been 17 long weeks with injuries galore and quarterback controversies. But nevertheless the Miami Dolphins currently hold the number 5 seed in the AFC playoff race.

I know right! Meaningful December football, it’s so nice to have. In our way are the Buffalo Bills, who with the 2 seed pretty much wrapped up are likely to rest some of their starters, and only play for a couple of series.

Dolphins ‘relief pitcher’ Ryan Fitzpatrick is out today, having tested positive for Covid-19 earlier in the week. That means that the Rookie Quarterback Tua Tagovailoa will have to beat the Buffalo Bills by himself.

Xavien Howard will be hoping that Matt Barkley will see significant game time for the Buffalo Bills, as one more interception will take him to 10 picks on the year, the first person to do that since Antonio Cromartie in 2007.

US AT AQUA THIRTEEN EVERY WEEK PUT TOGETHER OUR PREDICTIONS AHEAD OF A MATCHDAY, SO HERE ARE OUR MIAMI DOLPHINS @ BUFFALO BILLS PREDICTIONS.

Shane – This game is possibly the hardest to call of all this season simply because we don’t know if the Bills will field a full-strength side. The Bills haven’t been a good matchup for the Dolphins recently and Josh Allen has had some of his best games against us. Stefon Diggs is an excellent route running WR who can cause problems even for the Dolphins’ impressive secondary, whilst they also have an efficient rushing attack.

Getting to the QB could be key for the Dolphins and making big splash plays to turn the tide of the game. A lot will fall on the shoulders of the Dolphins rookie QB Tua Tagovailoa in this game. Backup QB Ryan Fitzpatrick subbed in to save the Dolphins bacon in their last game and he is unavailable due to Covid. Tua will have to step up and make a few more big plays down the field to keep the Bills defense on their toes.

The Dolphins O-Line will also be important to protect Tua and create enough lanes to keep the rushing attack operational, especially in the cold weather.
I’m going to go with the Dolphins to win this one simply because they need it that little bit more than the Bills do. Miami Dolphins 23-20 Buffalo Bills

Jay – This is a must-win game as I don’t see any of the other teams in the playoff hunt losing. I’m really hoping that they rest Josh Allen and even if he starts, I don’t think he’ll see out the entire game. This is a big game for Tua as Flores doesn’t have his get out of jail card in Fitz. I’d like to see him push the ball down the field a lot more and I’m hopeful Gaskin and Ahmed can take a bit of the pressure off him in the run game.

The Defense just needs to do their thing and X needs to be like glue on Diggs if he starts. We always seem to struggle with the mobile QB’s so the rush defense needs a big one if Allen does start. This is effectively an all or nothing game if other results don’t go our way. I think we have the ability to win but I think a lot will depend on who starts at QB for the Bills, and with the number 2 seed within their reach I think he starts, and therefore ultimately think we’ll fall short. Miami Dolphins 16-21 Buffalo Bills.

Rich – So it all comes down to this. A road game vs Buffalo in freezing, snowy conditions. Win and we’re in the playoffs. It’s such a difficult one to call because we just don’t know what team the Bills are going to put out today. With the Steelers making no secret of their plans to rest pretty much all their starters, it’s hard to imagine the Bills will risk theirs. Beasley has been ruled out which could be a reminder to them of the dangers of playing their best players with nothing to gain.

I expect we’ll see John Allen, but maybe for no more than the first quarter. This will give the Dolphins D a much better chance of shutting down the Bills’ prolific passing game. With another week to breakdown Tua’s tape, I believe that Chan Gailey and Brian Flores would have worked out how to maximise Tua’s strengths more than they did against Las Vegas. Short little quick-release passes, and building on Gaskin’s career game last week will mean we should be able to move the ball and negate the impact of the weather.

I’m probably letting my heart rule my head a bit here, but surely Flores’ team wouldn’t have come this far to lose at the final hurdle of Bills’ reserve team? Dolphins win this and make the playoffs. Miami Dolphins 20-12 Buffalo Bills.

Andy – The Dolphins face a nervy last game against the Bills. Josh Allen has to be dealt with if Miami are to win this game, as does our offense, which cannot be bailed out by Ryan Fitzpatrick. Our secondary needs to do better against Stefon Diggs than in week 2. Our defense has been one of the best this season. No one has allowed fewer points this season than Miami and the week 2 clash had just a three-point difference.

Hopefully, we can go that one bit better this time. Whilst our defense has improved as the season has gone on, so has this Buffalo offense. Sadly, I think we will lose this game but also think one of the teams around us in the playoff picture will lose. Hopefully, Buffalo will rest Allen and Diggs but my hunch tells me that they will go full strength. As for my prediction, Miami Dolphins 10-24 Buffalo Bills.

Keith – Xavien Howard and Byron Jones are going to have to shut down or at least contain Stefon Diggs, if he features today. If we package that up with good run blocking and keep putting pressure on Josh Allen (316.7 Yrds/G 34TDs 9Int) by keeping him in the pocket as he averages 4.2 yards per carry, then I am confident with the defense being able to do their jobs.

As for our offense, I’m still waiting on the full injury report, but Tua needs to play as he did against the Cardinals and at the end of the Chiefs game. It’s win or face going home as we can’t really depend on anybody else getting us in. This is the way it should be. Our best against their best. To close a game to call it could go either way with one score separating the teams. Miami Dolphins 21-17 Buffalo Bills

Me – Here it is, potentially our final time predicting the matchup this season. I always bet against the Dolphins as I like to be surprised, and if you’ve been following along I’ve probably done that over a dozen times. That changes today, 2021 will bring a new SM, and a new Tua, who will thrive under pressure. We’re gonna win. We darn well need to anyway. Miami Dolphins 28-25 Buffalo Bills.