Tua Tagovailoa vs Herbert: The debate can begin now 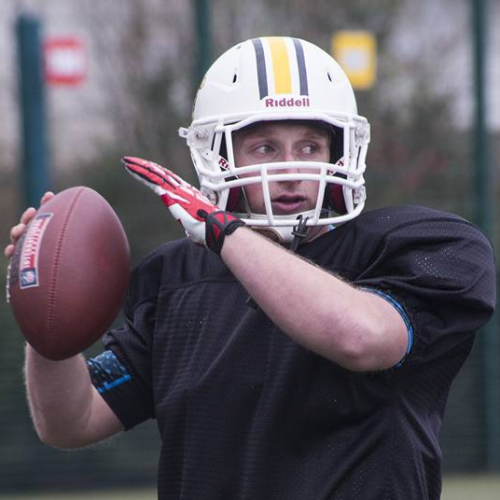 Ever since last year’s NFL draft and the decision to draft Quarterback Tua Tagovailoa instead of Quarterback Justin Herbert has had Miami fans split, with often quite a harsh stance being stood on either side. If you look on any Miami Dolphins platform, you will see comments usually going from “We should have drafted Justin Herbert” to “Give Tua weapons and then he will succeed”.

It’s a debate that will probably go on for a few years to come and that will probably not end until one wins the Super Bowl, if ever. However, I want to put this whole debate of “Tua vs Herbert” into some perspective, and why it’s only fair this arguement can only start now in their second year in the NFL.

The 3 parts of the NFL season

In order to gain a better understanding of why this debate, and every other rookie comparison can only start now at the beginning of year 2, we need to look into the NFL season as a whole. The average NFL season can be split into 3 sections, off-season, pre-season & season, with all 3 sections having vastly different approaces to fitness and the NFL.

In the off-season, most players will spend a portion of their time on holiday, with family and friends after a long, hard fought season punishing their bodies and earning every dollar on their contract. Due to the length of the offseason nearly all players will then begin getting into shape based on what they felt they were lacking, what the team and their coaches believe and on occasion, privately hired fitness professionals believe they lacked, and this is where the majority of weight gain, weight loss & lean muscle gain happens.

However, for rookies, this is often spent in combine, pro day and draft measurable preparation to boost their draft stock, and not for the incoming NFL season.

After the draft, is generally where pre-season begins. Where all the hardwork in the offseason comes to fruition, and where the cardio and learning the new playbook begins, and players will only have small changes to their weight and lean muscle. The team chemistry starts to build, and the season preparations start and end as the season creeps ever closer.

Finally the actual season. Small bits of weight change actually happen here as any small loss or gain will affect speed, injury susceptability and strength, all of which need to be constant in order to maintain chemistry between positions and team chemistry too. Plus there may be some changes and additions to the playbook as the season progresses, but no drastic wholesale changes otherwise you risk confusing players and damaging the team as a whole.

This is why rookie comparisons from a fitness stand point in year 1 are so hard to make as they’re already behind in the offseason work due to the complexities that is the NFL draft, and then what their drafted team demand from them depending on what schemes they will be running that year. They are all starting on the back foot, and some even more so if there drafted team is requiring a lot from them straightaway.

Rookies and the rough introduction to the NFL

For most rookies, coming into the league is a dream come true. Close to 10+ years of work, long days, harsh training sessions, gruelling gym work and a whole bunch of other aspects all whilst getting an education. You’re then thrusted into the bubbling cauldron that is professional sports, in a whole new city, no idea on what the area is like and for most 1st round quarterback selections, heralded as the new saviour of the franchise, and then throw in today’s social media climate, it’s enough for anyone to be overwhelmed.

But wait there’s more! Dont forget to include knowing where to go in the maze that can be NFL training facilties and stadiums, all the new timings, surroundings and coaching that is required, it’s enough sensory overload for any early 20 year old to get flustered slightly. Oh don’t forget they also read, learn, memorise and perfect a whole new playbook and the chemistry with new team mates. That’s the scenario all players coming out of the draft get thrusted into, with no off-season to work with, so I think it’s fair to say that they can have some leniency.

Then this is where the all important seperation starts between Tua and Justin Herbert and we throw it back to 16th November 2019, and Tua’s infamous hip dislocation

The same hip injury put Bo Jackson into retirement at aged 29 and as an NFL fan, I can’t remember the last hip dislocation that happened in a competitive match. Therefore, we know it is extremely rare, and that is why it is frightening, let alone because of the health reprocussions in the future.

Due to a massive injury like this, a lot of time is spent just physically getting the body in the right place to repair itself and can take many months to do. However, it is the part after the healing that takes the longest to do, getting the injury in a physical state fit enough to play professional sports and then survive that.

From my experience in sports massage, personal training and some rehabilitation of my own clients who aren’t professional players, this takes on occasion the same amount of time or even double, of the recovery time in a cast or on crutches.

Therefore, Tua Tagovailoa’s offseason was spent predominantly getting his hip and leg to a state ready to play and then survive the ordeals of the NFL, and not on being in his physical peak for the NFL season. This alone can set any athlete programme back a year, which is why so many NFL players take at least 1 season to be back to their athletic peak, so getting Tua to even be able to play a snap of a competitive NFL match in that short of a time is a testament to his own hardwork.

The last player I can think of who had a career year after a major injury was Adrian Peterson’s career year in 2012, after coming off a knee injury in 2011, and that man is a Hall of Famer and he had 5 years of NFL experience when that happened.

Fast forward to now, and the NFL off-season for players, this is where the real hardwork begins for both Justin Herbert and Tua Tagovailoa, and where both players can do what they need to do to be in their physical peak for the upcoming season and pre-season. Both teams will now move, shift and sign players to match their quarterback’s playing style and the team’s scheme fit, and they perverbial starting line can now be level, instead of having one car start with 3 tyres instead of 4.

This is why when Coach Brian Flores said “That Year 1 to Year 2 jump will be important, like it is for all rookies” he started the green light to this race, and it is never more important for Tua Tagovailoa and Justin Herbert to focus on their fitness, and why we can only start the Tua vs Herbert debate now.